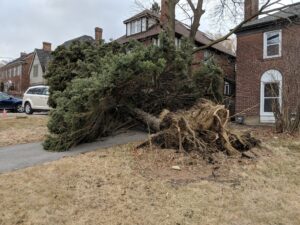 TORONTO – Crews continue to work tirelessly to try to restore electricity to more than 200,000 customers across Ontario after a storm hit the province on Saturday, killing at least 10 people.

Heavy rain and strong winds hit southern Ontario for about an hour but despite the short time they caused deaths and destruction.

Eight people died during the storm and a ninth person died on Sunday after being hit by the fall of a tree branch.

Most of the deceased people were affected by falling trees while at least one person was on a boat that capsized in the Ottawa River.

This morning the number was reduced to about 200,000 families thanks to the teams that for two days worked 24 hours a day to try to restore the electricity interrupted due to the branches of the trees that fell and cut the light cables.

The most affected areas were Newmarket, Peterborough and Uxbridge. Fitzimmons said nearly 800 hydroelectric poles across Ontario were torn down and four transmission towers in Ottawa fell. “We expect that unfortunately in some areas it will take several days before we can restore power,” Fitzimmons said.

Crews at Alectra, an electricity supplier that serves the Golden Horseshoe region, are focusing primarily on Vaughan, where a number of poles “have been knocked out.”

Alectra spokesman John Friesen said the biggest challenge is the sheer volume of accidents. “The storm hit the territory we served by Guelph, Hamilton to the Peel region and damaged the York Region quite hard. After all, some of the other areas of the province have suffered the same damage that we have suffered,” he said.

Alectra said that until this morning there were about 45,000 customers still without electricity, of which about 32,000 reside in Vaughan.

Meanwhile, Toronto Hydro says it has reactivated electricity to 96% of customers left in the dark due to the violent storm. “Customers without power have dropped to about 4,000, we realize that for families who are still without light the situation is difficult – said a spokesman in a statement – safety is our number one priority, so crews will continue to give priority to situations where there are dangers to the safety of citizens and to work 24 hours a day until electricity is restored to everyone”.

Hydro Ottawa said Monday that even 110,000 of its customers are still without electricity. 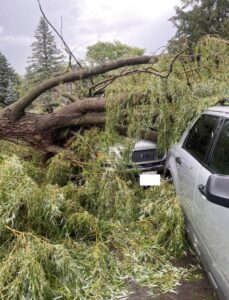