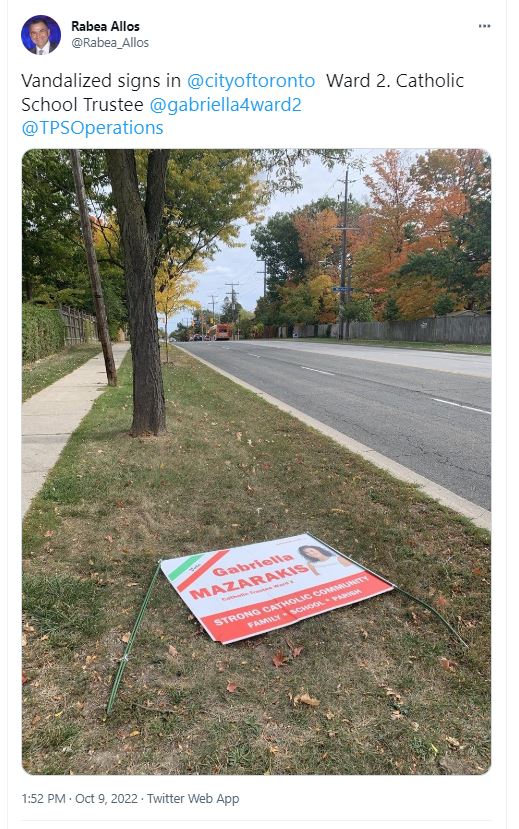 TORONTO – Vandals in action against candidates for the position of trustee at TCDSB who intend to defend traditional Catholic values: yesterday someone ripped up the electoral cartels of Gabriella Mazarakis, candidate in Ward 2. “I believe Catholic schools are distinct and exist because families want to pass on to their children the values, culture, tradition and meaning of their faith”, the candidate wrote in one of her tweets during the elections campaign. In another tweet, she posted a quote from Pope John Paul II: Even though the financial viability of Catholic schools has been guaranteed, the task remains of ensuring their Catholic character”. In the pic above, one of the vandalized signs in a pic posted by Rabea Allos.