The negative records of Alberta: 45,655 infections and 259 deaths in just one month 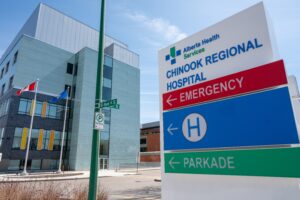 EDMONTON – The month of September 2021 was, so far, the worst month in Alberta during the entire Covid-19 pandemic. In fact, more inhabitants of the province have tested positive than in any previous month and records have also been set for hospitalizations and intensive care. September was also the deadliest month since the second wave of the pandemic.

Craig Jenne, associate professor of microbiology, immunology and infectious diseases at the University of Calgary, says the more infectious Delta variant combined with delayed government action and insufficient public health measures and failure to achieve immunity of herd through vaccination, are the main causes of the situation.

“When the restrictions were lifted, the virus was able to move very quickly through the unvaccinated,” Jenne said. The reference is to the beginning of the summer, when Prime Minister Jason Kenney decided that the province would be “open for good”. Then, a few weeks ago, in the face of the spread of the virus, the restrictions came. Too late.

Alberta reported 45,765 cases of Covid-19 last month, which represents more than 15% of all known cases in the province since the start of the pandemic. Suffice it to say that in September 2020, Alberta had reported 4,213 cases.

Admissions peaked at 1,122 on September 27, while the number of ICU patients peaked at 268 on September 28. As many as 259 Alberta residents died from the disease last month (there were 37 deaths in September 2020 …) and this number is only less than the total number of deaths recorded in November and December 2020 and January 2021 “and only thanks to vaccines,” Jenne said.

“In areas with no vaccination coverage, this delta variant is really wreaking havoc. And tragically, we have been losing lives at an extremely disturbing rate over the past two weeks here in Alberta.”

The only hope remains the vaccine. As of September 30, 74.5 percent of Alberta residents 12 years of age and older have received two doses, while 83.8 percent are still stuck on the first. While the active cases remain as many as 20,215. Known ones.

In the pic: the Chinook Regional Hospital in Lethbridge, Alberta (photo by Graham Ruttan on Unsplash)