“Vaccines, the priority for hot spot residents and essential workers” 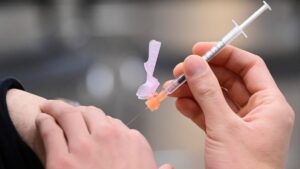 TORONTO – Ontario’s provincial government needs to aim for a marching turn if it really wants to increase the pace of the vaccination campaign. This is what experts at the provincial science advisory table are asking in a report that highlights the need to recalibrate the standards and guidelines used so far to vaccinate residents. According to virologists, at this stage the focus should be shifted from the age groups to two other criteria: priority for essential workers and direct interventions in the hotspots of the province, that is, in those areas of Ontario where the Covid-19 contagion runs faster. “It is necessary – it says in the report – to speed up the vaccination of essential workers, their families and all other residents living in hotspots: this would allow more effective protection for people in the 16 to 59 age group.

On the other hand, the data in the report published by the experts of the Science advisory table are incontrovertible. There are regions in Ontario that have been able to curb the curve of infections and other areas where, on the contrary, the pandemic is hitting hardest. According to the report, half of all infections that are recorded daily occur in areas that account for 20 percent of Ontario. At the same time, analysis data shows that residents of those particular areas are having objective difficulties accessing vaccines.

Meanwhile, Canada and Ontario are awaiting a potential increase in weekly doses of vaccines coming from Pfizer. Over the next seven days, the American company will send a million doses to Ottawa, and of these 400,000 are destined for Ontario. Yesterday, Federal Minister Anita Anand confirmed that the federal government is at an advanced stage in its negotiations with AstraZeneca to receive more doses in the near future.

Finally, according to covid19tracker.ca, stocks of vaccines, which up to last week exceeded one million doses, are being significantly reduced in Ontario. According to the latest data updated yesterday, Ontario has so far received 5,248,345 doses, administering 4,626,903 (88 percent). On the efficiency level, the province that is doing best is Quebec, which has been able to administer 92.22 percent of the 3,066,969 doses sent by the federal government.