Blood on the streets of Toronto and Mississauga, crashes and shootings 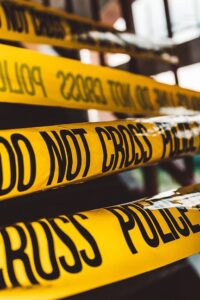 TORONTO – He didn’t make it. The international student seriously injured last Monday in the shooting at MK Auto Body Repairs has died.

Satwinder Singh, 28, worked part-time in Milton’s workshop where Sean Petrie shot and killed owner Shakeel Ashraf, 38, and injured another worker. But before that, in a Tim Hortons in Mississauga, the killer had already killed Toronto police officer Andrew Hong. Police said: “Singh died at Hamilton General Hospital with family and friends at his bedside.”

And the trail of violence has not stopped. A weekend, the latter that like many others, was characterized by shootings and traffic accidents.

In Mississauga, a pedestrian in his 40s died after being run over Saturday night in the Erin Mills Parkway and Folkway Drive area, south of Highway 403. Immediate hospitalization but for the man there was nothing to do.

Meanwhile, the condition of a motorcyclist seriously injured following a collision with a vehicle on Highway 403 near Dundas Street and Winston Churchill Boulevard in Mississauga remains critical.

At Toronto’s Cristie Park – near 802 Bloor St. W., which is located between Christie and Ossington Avenue – yesterday morning a man was stabbed during a fight. According to police, the quarrel broke out outside a bar. The injured man is hospitalized in a stable condition.

Toronto police investigations are underway after three people sustained serious injuries following an incident in North York’s Newtonbrook area, near Bathurst and Steeles Avenue. A motorist was arrested on charges of driving under the influence of drugs.

A woman in her 20s is in a stable condition in hospital after being shot injury yesterday morning on Augusta Avenue near Queen Street West in Toronto. The young woman was wounded by a single bullet while inside a vehicle. Investigators are hunting down a black man about one meter and eighty meters tall, who was seen fleeing the place.

And to complete the sad list of crime news are also the discovery of a body in Lake Ontario and an accident at work.

The efforts of paramedics to save the life of a woman – whose identity remains unknown – following reports of a body in Lake Ontario at Marie Curtis Park in Etobicoke were worthless. It will now be up to the coroner to try to determine the cause of death.

And finally the flags fly at half-mast at Mississauga City Hall after a MiWay maintenance employee died on the job at the Central Parkway Maintenance Garage. Details of the incident have not yet been disclosed.