Chorus of “no” to euthanasia for the mentally ill 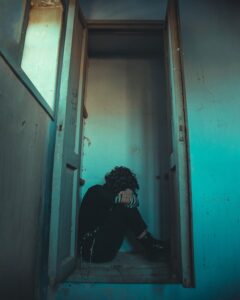 TORONTO – The battle is preparing for the expansion of MAID (Medical assistance in dying), the program for assisted suicide, to Canadians suffering from mental illness. Opposition parties and experts are calling for the expansion to be delayed, but the Liberals have given no indication that they will. And time is running out.

Indeed, on Wednesday the House of Commons closed for the Christmas holidays, MPs will return to Ottawa at the end of January and members of the special committee examining the expansion of the MAID will issue their final report by February 17, before the House stop once again for another two weeks: MPs should then return for a week in mid-March, before another break. The federal government will then have just one week to decide whether or not to change the law to extend the sunset clause, which expires on March 17, 2023. And since then, people whose only underlying medical condition is a mental disorder, such as depression and personality disorders, will be able to apply for the MAID: that is, they will be able to ask for access to euthanasia, in case they decide (it is not clear with what mental clarity) that they want to die.

There are many against this expansion of the MAID. The Bloc Quebecois is reluctant to go ahead: MP Luc Theriault said the March deadline is “too soon” and there is no certainty that everything will be ready to address the concerns of the government think tank. The group’s report, released last May, called for more guidelines and training for physicians participating in MAID. An appeal echoed by psychiatrists across the country, who say Canada is not ready for such a move.

The Association of Chairs of Psychiatry in Canada, which includes the heads of psychiatry departments at all seventeen medical schools, released a statement on December 1 calling for a deferment. “More time is needed to raise awareness of this shift and establish guidelines and standards that clinicians, patients and the public can turn to for greater education and information” said Dr. Valerie Taylor, who leads the group and is also chair of the psychiatry department of the University of Calgary.

NDP MP Alistair MacGregor also said his party had raised issues regarding lack of access to support and treatment for people suffering from mental illness and criticized the Liberals for not doing enough to alleviate their concerns. “Regardless of any potential legislation to defer the expansion of MAID, Liberals must take the time to implement better care, supports and poverty reduction efforts” he said. But the countdown has already begun.

Pic by Elyas Pasban from Unsplash