Covid-19: no deaths today in Ontario, but the positivity is close to 20% 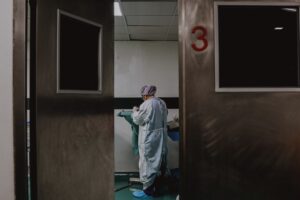 TORONTO – In the last 24 hours, no new deaths related to Covid-19 have been confirmed in Ontario (the total since the beginning of the pandemic remains at 12,470), but the province is once again seeing an increase in hospitalizations, both in ordinary wards and in intensive care. And the positivity rate rises again, reaching 20%.

Today there were 857 positive patients in hospitals (compared to 855 yesterday and 655 a week ago) of which 168 in intensive care (up: a week ago they were 158). In just seven days, therefore, total hospitalizations increased by 30%.

On the contagion front, another 2,248 cases were confirmed on the basis of 11,195 tests processed in the last 24 hours (and reserved only for the “at risk” categories, so the data is partial). The positivity rate is now 19%, the highest recorded since January 18th.

In the Greater Toronto Area, provincial health officials today reported 590 new cases in Toronto, 149 in the York region, 139 in the Peel region, 81 in the Durham region and 75 in the Halton region. Also recorded 131 new cases in Simcoe Muskoka, 113 in Hamilton and 103 in Ottawa. All other areas reported fewer than 100 new cases. The active and known cases in Ontario are now 25,154: just 24 hours earlier they were 24,603 (and the figures are still far from reality, given the limited number of tests performed).

When asked about rising case counts and hospitalizations at a news conference this morning, Premier Doug Ford said the province expected a “little spike” when health restrictions eased, but officials expect to be able to manage it. “We’re going to continue to be cautious,” Ford said, adding that the province’s hospitals are “in good shape right now.”

Infections and hospitalizations are also increasing in Quebec where unfortunately another 7 deaths were registered today, bringing the total, since the beginning of the pandemic, in the French-speaking province, to 14,411.

Today, the number of positive inpatients in Quebec hospitals rose by 57: 158 people entered and 101 were discharged, bringing the total number of hospitalizations to 1,407. Of these, 69 people are held in intensive care units (-3).

Another 2,331 new cases were also reported on the basis, however, of tests reserved only for “at risk” categories, as in Ontario. The active and known cases, certified, are 26,102. But that’s just the tip of the iceberg.