Data spread with the dropper. And prevention becomes difficult 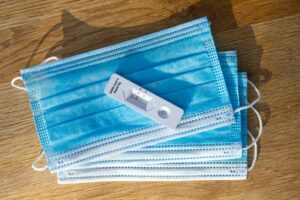 TORONTO – As they say, it is better to be safe than sorry. The arrival of the Covid-19 pandemic reminded us of how true that is. Wash your hands well, use the mask indoors, avoid crowds. It’s up to each of us to make prevention work. Yes. To make prevention work, however, it is also necessary to inform. And this belongs to those who govern us. It would be necessary, because it does not always happen, as in the case of the spreading of data relating to infections in Canada.

But first let’s go to Italy, by way of example. There, every day – including holidays, also as Christmas, New Year, etc. – the regions receive from the municipalities and local health authorities all the numbers relating to infections, hospitalizations, healings and deaths in the last twenty-four hours and communicate them to the Ministry of Health and Civil Protection which, in turn, disseminate them nationwide.

In Canada, only Quebec publishes the data relating to infections on a daily basis. Ontario almost always does this: almost, because on some holidays the numbers are not updated.

All the other provinces publish them only from Monday to Thursday (or Friday) and at the weekend there is a sort of information blackout that prevents citizens from “seeing” what is happening in their territory. And we are talking about information concerning public health and which could prove to be precious to prevent – in fact – and ward off the spread of the virus as it is happening, for example, in Alberta which, just happened, is one of those provinces where the numbers of infections they are spread with the dropper. As we write, it is 3 pm on Tuesday 12 October and the latest data from Alberta are dated Friday 8 October: 1,256 new cases in twenty-four hours, a figure similar to that of the previous days in which, several times, even peaks of over 1,600 daily infections.

Now, let’s say (hypothesis, because we still don’t know) that 2,000 or 3,000 cases were recorded in Alberta on Saturday: if citizens had known immediately, perhaps they would have used that information to adapt their behavior, avoiding gatherings, crowded places or in any case paying more attention than usual, for example at the supermarket. Especially at a time of the year as risky as that of Thanksgiving weekend when people tend to go out more, meet more people, party. Instead, no.

On Saturday, Sunday and Monday (it was a holiday) the citizens of Alberta were not informed. And, like them, neither are those of many other provinces of Canada. It sounds a bit strange, then, being told “do this, do that” when the first not to do are the ones who tell us … to do. And it would take little: publish the data every day. Even on holidays, because the virus does not go on vacation.

Those who govern ask us a lot, rightly, for the good of all. Give us at least the minimum.

Photo by Guido Hofmann on Unsplash