Del Grande vs TCDSB: Corruption from within 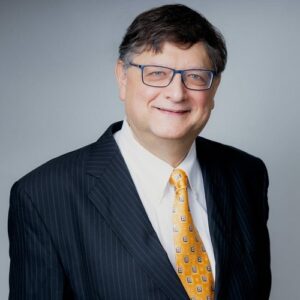 TORONTO – Del Grande’s lawyer comes to the Court with some impressive academic and professional [experience] credentials. His Resume’ says that, among other things, he has a Doctorate in Law, worked at the Supreme Court in the USA, is licenced to practice in British Columbia and Ontario and has researched and presented cases of renown before the Courts in the USA and Canada. A layman might conclude that he “knows whereof he speaks”.

The tribunal before which he plead Del Grande’s case is faced with assessing his presentation and interpretation of Del Grande’s rights as an individual citizen and as an elected official in the discharge of his duties. In other words, the case is as much about “you and me” as it is about how organizations professing to exist for the public’s benefit operate.

If Lugosi (in the pic above) was convincing, the consequential picture does not augur well for those who deliberately provoked and kept alive the travesty they have visited on del Grande for close to three years. It could serve as a case study in abuse of power and the cynical malice of those who don the habit of righteousness.

Lugosi’s arguments, buttressed by voluminous “facta and authorities” (citations of legal precedents), were/are compelling. They boil down to this: Once the Board of trustees makes/made a “determination” in respect of Del Grande, or any other individual [plaintiff], that Board has no authority in law to revisit and change that decision, Lugosi argued.

No Statute of the Legislature permits it: Not the Laws of Canada enacted and promulgated under the authority of the Constitution; not the Education Act which governs the bulk of activities of any board’s activities, and not “Administrative” Law which govern process and decision-making. In fact, the concept of “in the spirit and letter of the law”, would forbid the actions the Board took to sully the reputation of Del Grande.

If the Board, sitting as a jury of peers or as the “Administrator” has/had been displeased with its own decision to “absolve” (find Del Grande not guilty), it could have had recourse to a judicial review process – an avenue it had been counselled to consider – it chose otherwise. In fact, Lugosi claimed, the Board “arrogated powers it does not have under the [Education] Act” to change the result it did not get the first time.

Moreover, it engaged in “reverse engineering” to get what it wanted. Nothing in any Statute of the Legislature concedes authority to subordinate boards and jurisdictions permission to fill in what they consider (for their own reasons) any perceived gaps in Parliamentary Statutes.

Dr. Lugosi claims that this abuse of process, the inherent unfairness of the TCDSB in claiming rights [it does not possess] just because the Board thinks it can, places the Board and its member trustees in contravention of its requirement to “live within the enabling legislation”. In short, it was not only an illegal deed, but it also offended the legal principle of [avoiding] “double jeopardy’’. Thus placing del Grande in an impossible situation.

While any board can change its decision on “operational issues” involving allocation of resources pursuant to presentation of “new and relevant” information, this involved neither resources nor “de novo” information. Worse, claimed Lugosi, the Board had in its possession “submissions” by Del Grande explaining “his side” [of the legal arguments he needed never to present].

It did not distribute them to trustees. Irrespective of the outcome, it seems to this observer that someone was being wilfully negligent. Former in-house TCDSB lawyer, Paul Matthews, did however confirm in writing that the Board had found that Del Grande had not been found in breach of the trustee Code of Conduct. The decision was duly certified by the Director/Secretary and communicated to outside organizations.

As far as the Law is concerned, according to Lugosi, what followed can only be considered an unusual and extraordinary attack on the administrative scheme to secure what the Legislature in its wisdom did not give any “creature [subordinate] board”. The TCDSB put in motion “unusual”, “extraordinary circumstances” to overturn their own rules, ignore legal principles and the Law “to get” Del Grande.

As someone who followed “the evolution of the case” from the Fall of 2019 to October 19, 2022, only one thing changed between that first finding of innocence and today: The hiring of Brendan Browne as the new Director.