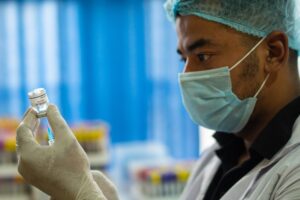 TORONTO – The Ontario government is rethinking it. After repeated no to the vaccination obligation for employees of Long-Term Care homes in the province, over the weekend he announced that all LTC operators will have to be immunized against Covid-19 by November 15. Rapid tests, which until now allowed unvaccinated staff to work in these facilities, are being shelved to make way for immunization against Covid-19.

The government’s iron fist has arrived, according to LTC Minister Rod Phillips, due to concerns about decidedly low vaccination rates in some nursing homes. “There are several facilities where just half of the staff is fully vaccinated and 18 homes with vaccination rates below 70 percent,” Phillips said, “these percentages are not acceptable, especially considering the Delta variant, which is more transmissible and is more likely to lead to death or serious illness.”

Despite the fact that about 90% of LTC staff are vaccinated, according to the minister, in recent weeks it has become clear that the sector would not have reached the necessary level of vaccination without being given the obligation to immunize. “For this reason,” Phillips said, “the government had to act.”

The Labdara Lithuznian Nursing Home by Etobicoke has, for example, the worst coverage in terms of second dose: only 51% are fully immunized. Copernicus Lodge, which is currently in the midst of a Covid outbreak, is also in the last ten with only 63% of its staff and volunteers fully vaccinated: here 22 residents died as a result of the infection. “The reality is that our residents have no choice as to where to live. This is their home and we need to make sure they are protected, we need to make sure that all the rest of the staff are also protected,” Phillips said.

The announcement that vaccinations will be made mandatory for long-term care staff comes in the wake of a group of industry workers who announced in late August that they would place unvaccinated employees on unpaid leave due to concerns about the spread of the Delta variant.

Phillips said that although there are no imminent plans to extend the vaccination requirement to visitors “it is not excluded that it may happen in the future”. In addition, homes will soon begin randomly testing fully vaccinated individuals, including staff, health workers and visitors, in an effort to detect infections more quickly.

Liberal leader Steven Del Duca said he was “relieved” by Minister Phillips’ announcement but could “understand why it has taken so long and why the obligation is not applied to all health facilities”. “This directive should be immediately extended to all types of homes for the elderly and home care, as well as hospitals and schools,” Del Duca said.

Currently there are 18 CTCs with active outbreaks of Covid-19, 35 infected residents, 33 staff members. The number of elderly people killed by the virus in these facilities is high: 3,820, most of whom died during the first two waves of the pandemic, when vaccines were not widely available.