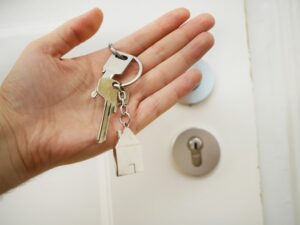 TORONTO – In 2023, home prices could fall by just 1%, according to a new market survey carried out by Royal LePage. The (average) price of a Canadian home would therefore fall just 1% year-over-year from $772,900 to $765,171 – something that could disappoint hopeful homebuyers that rising interest rates would pushed house prices down.

“Typically what we see at this point in the market correction is declining demand, and with that, people who want to sell their homes have to sell them at a discount, so prices go down” said Phil Soper, CEO of Royal LePage, in an interview with GlobalNews. “But here we have seen a decrease in demand and, at the same time, also the number of houses available for sale, so in fact there is no real change in the ratio between the number of people looking for a house and the number of houses available for sale”. So, according to Soper, no major changes in house prices are expected.

Not even the increase in interest rates, according to Soper, has caused nor will cause a drop in house prices, because “there are several factors that support them: incomes are rising a bit, people are working, unemployment is very low compared to historical standards and people have three times more savings than normal, so they have money for down payments and more disposable income” Soper argues: according to him, the prices of some types of houses could even increase. While single-family homes are projected to decline 2 percent year-over-year from $797,200 to $781,256, citizens hoping to save money by purchasing a condo will find themselves paying more in 2023 than they will in 2022, at least according to forecasts by Royal LePage. For 2023, condo prices will increase one percent year-over-year, from $563,300 to $568,933. “We are seeing a substantial difference in the outlook for condos and single family homes. Condominiums are going up in value, I think, in part because there’s a return to that joy of urban living, which was decidedly unfashionable during the height of the pandemic”, Soper said.

Additionally, prices aren’t falling at all in some cities, including Ottawa, Calgary, and Halifax, all of which are areas experiencing small price hikes for all forms of housing. Even tenants will continue to feel the pressure: “the price of renting accommodation in this country has really skyrocketed”, said Soper who, concluding, also points to another phenomenon: “There are still many landlords who continue to move to areas where they can reduce other expenses. What we’re seeing is more migration from high-cost-of-living areas, like southern Ontario, to low-cost areas, for example in Atlantic Canada or the prairie provinces”.

Pic by Maria Ziegler from Unsplash