Ontario, infections are still going down: 306 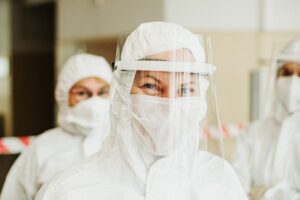 TORONTO – Covid-19, the positive trend continues in Ontario. today 306 new cases were recorded (out of 23,219 tests processed), a sharp decline compared to 390 on Tuesday, 458 on Monday, 535 on Sunday and 654 on Saturday. It is therefore the fifth consecutive day of decreases in the daily case count and today is also the lowest number of new daily infections since last August 5, when 213 cases were recorded.

The seven-day moving average of new infections is now 500, up from 574 a week ago. The Ontario‘s positivity rate is 1.7 percent. In addition, another 527 people have recovered in the past 24 hours, so the active (known) cases across the province are now 4,136.

Regarding the territorial distribution of today’s cases, Toronto recorded 68, while 18 were reported in the Peel region, 29 in the York region, 7 in Halton and 6 in Durham. Elsewhere in southern Ontario, 32 cases have been recorded in Windsor-Essex, 20 in Ottawa and 17 in Niagara.

So far, 87% of eligible Ontarians have received one dose of the vaccine and 82% have received two doses and are considered fully vaccinated. Thus, approximately 28% of all Ontarians are unvaccinated, including children under the age of 12 who are not yet considered eligible for a vaccine. To date, there have been 593,020 laboratory-confirmed coronavirus cases and 579,080 recoveries in Ontario since the start of the pandemic. and 9,804 deaths.

Quebec today reported 512 new cases (out of 26,148 tests carried out) and the deaths of 7 other people. The day before today there were 409 infections, and 2 deaths. Provincial health officials also say that hospitalizations linked to the pandemic have increased by 7 to 298 (21 patients have been hospitalized and 14 have been discharged). The total includes 75 people in intensive care units across the province, up 3 from yesterday.

As is known, there are few provinces that update data on infections daily and only today the numbers related to the Thanksgiving weekend arrived in many areas of Canada, including that of British Columbia where more than 2,000 cases over the long weekend. 603 cases were recorded between Friday and Saturday, a further 634 were detected from Saturday to Sunday, followed by 468 between Sunday and Monday. In the past 24 hours (Tuesday), another 385 cases have been recorded. In total, therefore, 2,090 cases. In addition, 28 deaths were confirmed in the same four-day period, between Friday and Tuesday.

With the latest updates, British Columbia reaches a total of 194,581 cases since the beginning of the pandemic, 186,955 recovered and 2,029 deaths. 5,183 cases still active. Of the active cases, 357 people are being treated in hospital and 153 of these are hospitalized in intensive care units.