“Over my Dead Body”: B.C. Minister of Finance 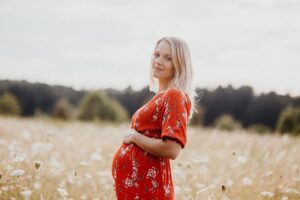 TORONTO – Covid-19? War in Ukraine? Annual drug overdose fatalities in British Columbia that surpass those from Covid? Rates of Cancer deaths on the rise? Costs of living going through the roof…

Then, suddenly, issues of conscience and purpose in politics as in life move the rest of the “newsworthy events” off the stage. As if to drive home the point, a previously obscure local British Columbia member of the government announced to the world in an epithet of defiance: “over my dead body”.

One wonders what would move a person to such public excesses of “incredibly passionate” language (sarcasm intended), and in Canada, of all places.

Well, it was the leaked draft of the Supreme Court of the USA which suggested, on Monday, that the Court would overturn the [in]famous Wade v. Roe decision legalizing abortion in the USA. The Courts occasionally deliberately “leak” upcoming decisions to government authorities to prepare them.

The impending decision has been the subject of the public debate for several years as many individual States have begun to adjust their legislative provisions on the subject of giving birth – “life and choice” – as it concerns the role of the state.

The “debate”, such as it is, pits citizens one against the other with argumentations that begin with the affirmation, usually not supported by any facts, which is summed up by “I’m right and you are wrong”. It descends from there.

Just to frame the discussion in some context, it may be helpful to note that in the USA, the Center for Disease Control (CDC) reported 629,896 “legal” induced abortions in 2019. It adds that “the abortion rate was 11.4 per 1,000 women aged 15-44 years”. My math says that amounts to 1.14% of women of childbearing age who do not take a pregnancy to full term – to birth. Furthermore, there were 195 abortions for every 1,000 live births.

As an aside, like everyone else reading this piece, I am grateful to my mother for deciding to carry me to term, and for selflessly caring for me thereafter.

Back to the context. In Canada, where record keeping and reporting of health and medical issues are not encumbered by any rigour of central discipline, the lack of seemingly simple, objective, statistical data, like that available through the USA’s CDC, compels all policy makers to rely on “competing estimates”.

For example, the Canadian Institute for Health Information (CIHI) took over the gathering of information on abortions from Statistics Canada in 2007. It wrestles with the [incomplete] data submitted by provincial health systems and private clinics. It does not publish the annual abortion rate per 1,000 women of childbearing age, although it estimates that in 2020, that rate was about 10.1 (or 1.01% as per the calculation per the American CDC above). The Canadian estimate for abortions on an annual basis is currently around 74,000, the number is roughly 10% of the American total.

The Canadian Supreme Court removed legal restrictions on abortion in 1987 and the Canadian Parliament followed suit with legislation in 1989. This does not mean society cannot debate the purpose of life issues and the role of public conscience, quite the contrary, if it enhances our socio-political infrastructure.

CIHI would seem ill-equipped to play a role, given the ridiculous disclaimers accompanying its data, such as, “CIHI uses gendered language, but this population would include all people capable of pregnancy aged 15-44”. Are there any other people born with a uterus?

We are coming on Mother’s Day. At the risk of offending the partisans who think they garner support with inane statements a’ la “over my dead body”. Thank you to all women and Happy Mothers Day.

Image by r P from Pixabay