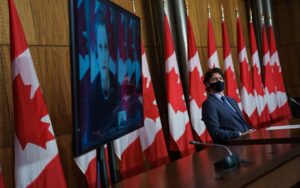 TORONTO – Twenty-five days after the federal elections, the new Government is still in limbo. At this stage Prime Minister in pectore Justin Trudeau is busy completing the complicated puzzle, sifting through and weighing the pros and cons for every single box in his future executive. It is a long and delicate operation, where the factor of merit – although important – is oversight by other elements, such as geographical origin, belonging to a certain ethnic group, gender.

Following the previous elections in 2019, Trudeau took a month to present his full cabinet, while in 2015 – when the Liberals won an absolute majority of seats – the grit leader took seventeen days to form his first government. For this third term, the result of the victory of last September 20, it will take much longer. For now there is no indication of a precise date, although it is likely that the new ministers will be severed in Ottawa no earlier than the last week of October.

Among confirmations, potential rejections, new entries, and surprises of the last hour, there are obviously many aspiring ministers of the new government. Among the main difficulties that are slowing down the process of forming the executive we certainly find the lack of four ministers in office in the last legislature.

This is the former Minister of the Environment Catherine McKenna, who decided to abandon active politics and three other former Liberal deputies defeated in the last elections. Trudeau in his governments has always tried to find an equal balance in gender representation and in this executive we should expect a similar composition.

And if for the liberal leader the road is still uphill, on the other side of the barricade Erin O’Toole is certainly not doing any better. The Conservative leader in fact has to deal with the bad moods and stomach aches within his parliamentary group caused by the not exactly exciting results in the last federal elections. In these days the official review of the party has begun, called to examine the errors – presumed or real – committed by the leader himself during the electoral campaign. At the end of this procedure, which is destined to last for months, there could be a vote of no confidence in O’Toole himself.

For now, the former Minister for Veterans Affairs is not at all willing to give up the reins of the party. On the contrary, at this stage the attitude of the leader and his entourage is aimed at silencing dissent in the hope that the rough waters will calm down. Confirming this climate, far from serene, comes the news of the suspension from the party of Bert Chen, a member of the National Council of Conservatives.

Chen immediately after the defeat on September 20 launched an online petition calling for a referendum within the party on O’Toole’s leadership. The Tory leadership, citing regulatory issues, suspended him for 60 days.

This is a secondary story compared to the settlement of accounts that is taking place within the party among the various souls of the conservative galaxy, but which nevertheless testifies how among the Tories the road to internal reconciliation is still long and tortuous.