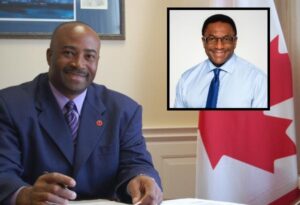 Michael Thompson, although he will have to defend himself against criminal charges, is not disqualified from the race for re-election to City Hall. This is what the City of Toronto declares. “The deadline for withdrawing an appointment was 2 pm on August 19, 2022. After this date, there are no provisions in the Municipal Elections Act, 1996, to allow a candidate to withdraw from the election,” Toronto Elections said. Thompson, 62, who has not indicated whether he will retire from the race for city councilor in his district, has resigned from the post of deputy mayor and chair of the municipality’s economic and community development committee.

In the meantime, however, Ward 21 – Scarborough Centre city councillor, who has to refute two counts of sexual assault, must look for a new lawyer. The Ontario Provincial Police said Thompson – who formed on Thursday – was accused of violence that allegedly took place earlier this year at a cottage he owned in Port Carling in the District Municipality of Muskoka.

The complaint against Thompson was filed in September: the counselor is expected to appear before the Ontario Court of Justice in Bracebridge on November 1.

But now, Calvin Barry, the lawyer representing him, has decided not to proceed with his defense. “He needed immediate legal advice and then turned himself in to the OPP and for all the paperwork for his first appearance in court – said Barry – in our law firm we try not to represent close friends and family except when the need arises,” said the lawyer who said he was a close personal friend of his.

Meanwhile, Don Meredith, a former senator who resigned from the Upper Chamber amid a sexual misconduct scandal, must now face three counts of sexual assault and one of harassment. This is what the Ottawa police say.

The details made known are scarce: what is known is that the accusations, made by an adult woman, refer to events that allegedly took place in 2013 and 2014. Meredith was released with a promise to appear in court.

The former senator was appointed to the Senate by former Prime Minister Stephen Harper in 2010, but resigned in 2017 after a stern report by the Senate’s ethics officer.

The report by Lyse Ricard, who held the position at the time, concluded that Meredith had violated the House code of ethics by establishing a relationship with a 16-year-old girl and recommended that the Upper Chamber take an unprecedented step by expelling him.

Meredith resigned from the Senate weeks later, just when she believed her expulsion, because of the relationship, was imminent. The former senator acknowledged the sexual relationships outlined in the report but said that “nothing happened until the girl turned 18.”

A second Senate investigation, made public in 2019, found that Meredith had repeatedly threatened and intimidated her staff, as well as touching, kissing and making advances to some of her employees. Now Meredith faces criminal charges of sexual misconduct.