Will the 2022 Winter Games in Beijing be cancelled by Canada? 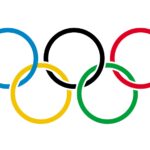 Canada launched a machine that contributed to the cancellation of the Tokyo Olympics in 2020 due to the Covid-19 pandemic. Canada was the first country to announce that it would not send its athletes to Japan. Currently, Canada has made the loudest calls for a boycott of the 2022 Beijing Winter Games. The topic is complicated, and Canada, unofficially, may also be about the tension that is currently taking place between Beijing and Ottawa.

An eye for an eye

The tension on the line with Beijing began in December 2018. Meng Wanzhou, the daughter of the founder of Huawei and its financial director, was detained at the Vancouver airport. The basis for the detention at that time was the request of the United States, which accused Wanzhou of fraud in violating the sanctions imposed on Iran. It was in Iran that the secret office of Huawei, which bought American goods, technologies and services, was to be located. The case continues. Wanzhou is facing possible extradition to the US, and up to 10 years in prison there.

China did not remain indifferent and threatened Canada with serious consequences. A few days after the arrest of Huawei’s vice president, the Chinese detained two Canadians – Michael Spavor – a businessman and Michael Kovrig – an international expert. Their arrest is known as the case of the Michaels. Both were accused by China of espionage. Officially, Beijing maintains that these arrests had nothing to do with the detention of Wenzhou.

The new US president, Joe Biden, has declared that he will fight to free the Canadians. In recent days, the first talks between American and Chinese diplomacy took place in Alaska. Both Michael’s trials in China followed immediately. So far, no judgments have been issued and it is not known when they would be delivered.

In 2017, China announced a program to combat terrorism and Islamic extremism. The Uyghurs are an ethnic Islamic minority living in the autonomous Xinjiang region in the northwest of the country. Hundreds of thousands of Uighurs were sent to “re-education camps.” They are tortured, intimidated and deprived of their sense of belonging. The demographic genocide that takes place in these camps consists, inter alia, in on forcing women to undergo sterilization so that they can no longer bear children. They are also subjected to birth control. Families with too many children are subject to fines and even imprisonment. According to the Associated Press, between 2015 and 2018, the number of births fell by 60% in two Uighur regions.

These practices have been recognized by the Canadian parliament as genocide. Additionally, the Conservative Party made an appeal to the government in Ottawa to put pressure on the IOC, which would lead to the cancellation and postponement of the Winter Olympics, which are scheduled to be held in China in 2022.

The leader of the opposition Conservative Party, Erin O’Toole, said that Canada should cooperate with its allies, that it should take a position, but not alone. He added that if the Games could not be postponed, a boycott should be announced. Canada should not send its athletes to China, he says. The majority of society is of a similar opinion. According to Angus Reid Institute research, 56% of Canadians believe that athletes should not be sent to China, and 27% were against this solution.

Prime Minister Justin Trudeau is less assertive and does not want to tighten relations with China, he did not want to use the word “genocide”, as according to him this term has a huge burden on international law.

Joe Biden continues to support Donald Trump’s thesis that China committed genocide. A similar resolution to Canada was adopted by the Dutch parliament.

China, in turn, announced that it would impose sanctions on countries calling for a boycott or postponement of the Games.

The Olympic Games, i.e. where it is not only about sport

The modern Olympic Games were supposed to be a celebration of peace and friendship, free from politics and propaganda. But history has already shown that reality is different from assumptions. Examples include the 1936 Games in the Third Reich or the 1980s in the Soviet Union, where the Games were held despite calls for boycotts. 22 African countries did not participate in the Games in Montreal in 1976, and also Taiwan did not come.

The Winter Olympics are scheduled to take place from February 4 to February 22, 2022, in Beijing. The Chinese capital would also become the first city in history to host both summer and winter Olympic games. Will the Olympics take place? Let’s wait and observe the theatre of action beyond the official backstage.