Chaos hospitals: more than 21 hours of waiting in the emergency room in Ontario and 17 in Alberta (with some exceptions) 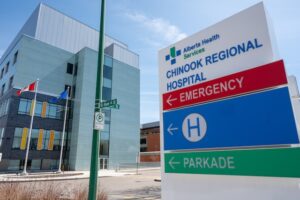 TORONTO –  Yet another negative record for Ontario hospitals: the average waiting times for patients arriving in the emergency room and needing to be hospitalized reached 21.3 hours in September according to data collected by Health Quality Ontario (HQO ): a considerable increase compared to the already very long average waiting times recorded in August (20.7 hours) and July (20.8 hours).

According to HQO, that of September also represents the highest average waiting time for hospital admissions from Ontario emergency rooms in the last year (it is instead impossible to make a comparison with the previous year because the data are only available since September of 2021 onwards).

Going into detail, the HQO data show that in September 2022 only 23% of patients were hospitalized within the provincial target time of eight hours.

The new data comes a couple of months after the Ontario government unveiled its new plan to stabilize the health system after the pandemic. The plan, announced in August, included an investment in private clinics, a commitment to hire up to 6,000 new health care workers and Law 7 allowing hospitals to transfer patients awaiting long-term care home not of their choice. The idea was to free up hospital beds for ICU patients who need them. But just in August, an Ontario Health report showed that, on average, there were 884 patients waiting for a hospital bed every day at 8 a.m. – that’s a 53% increase from August 2021. Data that prompted Ontario liberals to ask Doug Ford’s government to “explain the mismanagement of the health care system.” The other provinces, however, are not doing better: in recent days, the waiting time in the emergency room at the “Stollery Children’s” hospital in Edmonton has reached 17 hours, according to a CTV article. But times also vary from hospital to hospital: at Lethbridge’s Chinook, for example, waiting times are less than two hours, according to Alberta Health Services.

In the photo (by Graham Ruttan on Unsplash), the Chinook Regional Hospital in Lethbridge, Alberta