In 337 Ontario schools absence rates of 30% or more 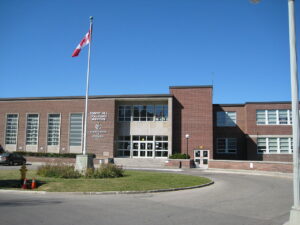 TORONTO – That in the midst of the Omicron wave absence rates in schools would be high was to be expected. The numbers, made public today, did nothing but confirm the high percentage of absences among both students and teachers. Of the 3,451 Ontario schools for which data are available, 337 reported a 30% absence rate last Friday, 111 recorded an absence rate of more than 50%.

A school on the Niagara Catholic District School Board had a 100% absence rate but the reasons are not known at the moment while 21 other schools recorded absence rates above 80%. Of the schools with the 10 highest absence rates, one is in Toronto, three in North Bay, two in Parry Sound, and one in Kenora, Sturgeon Falls, and the South River. The province reported that 16 schools, or 0.3%, remained closed on Friday.

These are data, which provide the rates of absenteeism school by school, with which the government has in fact replaced the daily reports on positive cases of Covid-19 in students and staff previously provided by the Ministry of Education.

The data shows that among the 497 Toronto schools that uploaded information to a ministry portal on Friday, the average absence rate was 20.70%.

Although the data includes all absences and does not necessarily reflect the number of Covid-19 cases associated with a school, these indicate significant disruptions to face-to-face learning at the time students first returned to class in about a month.

In Toronto, in particular, a total of 70 schools reported an absenteeism rate of more than 30%, 17 of which indicated an absence rate above 40%. In some schools, such as Forest Hill Collegiate Institute (48.7%) and Yorkdale Secondary School (46.6%), nearly half of all students and staff were absent for various reasons.

The school boards of Toronto have decided to voluntarily continue to inform the classes concerned about any positive case of Covid-19 of which they become aware even if it is no longer requested by the province. This decision has sparked controversy and concerns: parents have not welcomed the decision willingly because, of course, they would like to know if there are infected students in the children’s class and to be able to decide whether or not to attend classes in presence.

“During a time of uncertainty around the world, we want parents to have a greater knowledge of the situation in their schools – said yesterday the Minister of Education Stephen Lecce – this guarantees parents the daily update of absenteeism rates. It also allows families, with the use of rapid tests, to know immediately if their child is symptomatic. All of this, including better quality masks and boosters, has the function of supporting classroom learning and reducing risks.”