Ontario and Quebec, infections continue to go down 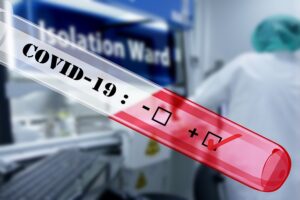 TORONTO – Contagions still decreasing in Ontario: just over 500 were recorded today, about 100 less than those confirmed last Monday. In fact, provincial health officials today detected 511 new infections from Covid-19, down from 580 on Sunday and 613 a week ago. The seven-day moving average of new cases continues to decline, dropping to 582 from 621 last Monday. With 23,667 tests processed in the last 24 hours, the provincial level of positivity is 2%, exactly like Sunday when 32,220 were analyzed.

The number of Covid-19 patients in intensive care units (ICUs) is also steadily declining. According to reports from the Ministry of Health, 159 patients are receiving intensive care treatment in Ontario hospitals, down from 184 last week. However, the data relating to the vaccination status of the hospitalized are not available: today in Ontario they were not provided.

Unfortunately, two more deaths related to the virus were added today to the province’s overall death toll, which now stands at 9,754.

With 488 other cases now considered resolved, the number of known active cases in the province is 5,034, about 600 fewer active infections than last Monday and, interestingly, about a third of all active cases are school-related, according to latest data of the province.

Since the start of the pandemic, there have been 588,612 laboratory-confirmed cases of Covid-19, including 573,824 recoveries.

Quebec today recorded 402 cases (22,140 tests carried out) and 6 deaths: on Sunday there were 499 and 1 death (the total deaths from coronavirus in Quebec are now 11,389). Therefore, also in the French-speaking province there is the same trend as in Ontario, with decreasing infections. Of the new cases reported on Monday, 278 (69%) were detected in people who were not fully vaccinated, the remaining 124 new cases in individuals who received the second dose more than seven days ago.

Admissions in the hospitals have dropped by two in the past 24 hours to a total of 290, after 22 people were hospitalized and 24 were discharged from hospitals across the province. Thirteen of these hospitalizations (59%) involved people who did not receive the two doses of the vaccine, and nine of the twenty-two hospitalized people received the second dose more than seven days ago. The number of people in intensive care remains the same: 88.

The Quebec Institute of Public Health (INSPQ) also reports other positive news. Active cases dropped to 5,266, a decrease of 585 from the last update.

On the vaccination front, the Quebec Ministry of Health has announced that 6,026 new doses have been administered in the last 24 hours, for a total of 12,947,692. The latest data show that 6,699,230 first doses of the vaccine were administered, covering 77% of the entire Quebec population. For the second doses, 6,337,460 injections were administered, covering 73 percent of the entire population. The vaccination coverage for the eligible population (people 12 years of age and older) for the first and second doses is 89 percent and 84 percent, respectively.