Ontario, Michael Ford candidate for the Conservatives in York South-Weston: is Doug’s grandson 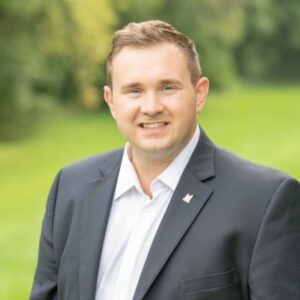 TORONTO – City councilor Michael Ford (in the pic above, taken from his Twitter profile) has been named conservative progressive candidate in the upcoming provincial elections in Ontario, for the York South-Weston district. Ford, grandson of Premier Doug Ford, has been a councilor to Ward 1, Etobicoke North at the City Hall since 2016.

“Michael is one of the hardest working people I know. He does things and fights for the people he represents, always” premier Doug Ford said in a statement released Sunday afternoon that did not mention their family relationship. “He has proved a strong supporter of his constituents over the past two terms of service on the city council and will continue to do so in Queen’s Park”.

Michael Ford started in politics in 2014 as a trustee of the TDSB before winning a by-election in the helm of Ward 2 Etobicoke North following the death of his uncle Rob Ford in 2016.

In 2018, he won 42% of the vote in Ward 1 Etobicoke North, which was created following Premier Ford’s controversial decision to reduce the number of city council seats to 25 from 47 to match federal and provincial borders.

Ford himself has announced that he will donate his salary as a city councilor to local community organizations as he campaigns for the provincial seat.