TCDSB to the teachers: no to rapid tests? Entrance forbidden 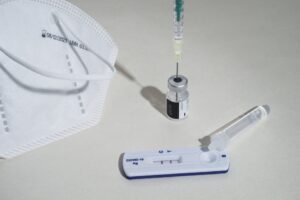 TORONTO – Crackdown on the Toronto Catholic District School Board (TCDSB). Unvaccinated teachers risk being suspended without pay if they do not undergo the mandatory rapid tests for Covid-19, and as of today, employees will not be able to enter the facilities owned by the school board.

The decision was made after the province required school board employees to be vaccinated or to perform rapid antigen tests twice a week and to report negative results before entering any school or facility of the TCDSB.

The school board of the Catholic district of Toronto – to which it is not clear how many staff members have not performed the tests that can be done at home with the kits that are provided to them – has sent letters urging teachers and non-teaching staff to follow the directives: test or vaccine, under penalty of suspension without pay. The provincial government’s order was implemented on September 27 but until September 30, in the TCDSB – which among teachers, administrators and support staff has 13,165 employees – about 76% (9,992 people) said they were fully vaccinated, 9% (1,166 people) said they were not and 15% (2,007 people) did not disclose their vaccination status.

Some members of Toronto Elementary Catholic Teachers (TECT) have already been suspended: to affirm this is the president of the union that has 4 thousand members. “Some reluctantly or because of pressure, complied after a day or two of suspension without salary… others are still at home without a salary – said Julie Altomare-Di Nunzio – it was very, very stressful for these members”.

The reasons for not aligning vary. Some believe that the tests violate their privacy rights, others worry about who can access the test results, and someone is vaccinated but doesn’t want to reveal it.

In order to be able to have an accurate picture of the situation, the TCDSB last week launched an app where staff can upload photos of negative test results and asked them to send those of previous tests as well. It was in this way that the superintendent realized that some teachers did not even collect test kits at school.

The Ontario English Catholic Teachers’ Association (OECTA), the union that represents Catholic teachers in the province, supports mandatory vaccinations for staff and students and in the face of any alleged non-compliance with its members’ vaccination policies, it inevitably finds itself in a difficult position.

It should be noted that some superintendents have gone beyond provincial requirements by requiring staff to be fully vaccinated, including the Toronto Public Authority (by November 1, all staff must be immunized), the Ottawa-Carleton District School Board and the Hamilton-Wentworth District School Board.

Meanwhile, in the last twenty-four hours 88 new Covid infections have been reported in the schools of the province (77 students and 11 teachers), the schools with at least one infection are 638, those closed have dropped to two.