Toronto’s Italians for Ukraine: fundraising for Zaporizhzhia at “Venga Cucina” 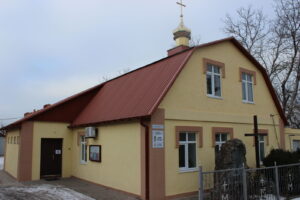 TORONTO – A new solidarity initiative of the Italian restaurant “Venga Cucina”, the only one “pinseria” in Toronto, already protagonist of charity campaigns in the past. The restaurant in 3076 Dundas Street West has decided to donate the entire proceeds from 100 “pinse” (a special kind of pizza), that will be cooked on Monday 14 March, to the Sisters of the Order of St. Basil the Great of the Monastery of St. Peter and Paul (in the pic above), in the city of Zaporizhzhia in Ukraine, severely hit in recent days in the course of the conflict with Russia.

“They need us”, explains the owner Gino Benevenga (in the pic below) who, after meeting some members of the Ukrainian community in Toronto, decided together with them to help the people of Zaporizhzhia. 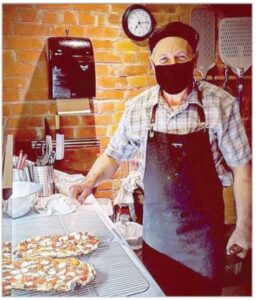 “I will donate the entire proceeds of 100 ‘pinse’ to the sisters of the Monastery who take care of the people of that city – continues Gino -: so I invite the Italian community of Toronto to participate in this fundraising”.

The nuns of the Monastery, in fact, have decided to remain in their place, despite this entails enormous risks and dangers for them. “We understand that this is our new mission: to help refugees” they said. And so they are doing, under the Russian bombs.

Last year, Gino donated $ 1 to the SickKids Foundation for each “pinsa” sold over the course of an entire week. A nice gesture from Gino, to help the sick children. Now his thoughts are on Ukraine and its people. “Let’s help them all together” is Gino’s appeal.

Contacts on the websiste https://www.vengacucina.ca/