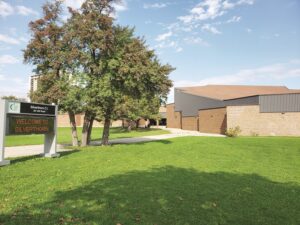 TORONTO – For the first time during this school year, an entire high school in Etobicoke – the Silverthorn Collegiate Institute – has been closed by Toronto Public Health (TPH) following a Covid-19 outbreak.

The students have been informed by the Toronto District School Board (TDSB) that for now the lessons will be held online. “Closing the school is a difficult decision to make,” said District 10 Councilor Joe Cressy who is also chair of the Toronto Board of Health, “it’s been almost 19 months since the beginning of this pandemic, and after all the ups and downs that parents and students have gone through, it’s an extremely difficult decision.”

The situation, however, despite the lack of transparency about the number of infections, is serious if Toronto Public Health recommends that the entire school be tested while trying to reach the close contacts of the infected people. The TPH has sent a letter to the parents of the students in which it states that the PCR test kits to take home will be available at the school: what the public health unit has not said is how many cases are currently linked to the outbreak that broke out at Silverthorn CI but from a note sent by the school principal and obtained by CTV News Toronto it appears that the infections are 11.

Meanwhile, children may have to stay at home and follow online classes for at least 10 days. TDSB spokesman Ryan Bird said the board is “working closely with Toronto Public Health and helping in every possible way.”

According to Toronto Public Health, as of October 8, there were 21 outbreaks in schools and 30 active surveys in 122 school environments. The infections confirmed by the Ontario government yesterday were 117 – 107 students and 10 teachers – while the schools that are currently closed are six.

The number of active cases associated with Ontario’s public schools has now dropped to 1,234. That number had risen to 1,637 last Monday, but in recent days it has declined and is now the lowest since Sept. 23. However, schools in the province continue to record a higher number of Covid-19 infections than that counted at this point in the 2020/2021 school year when the second wave of the pandemic had just begun.

To date, more than 28% of Ontario’s active cases are associated with the public school system.

And while Covid runs in the community as well as in schools, the closure of Silverthorn brings to mind the words of the Minister of Education Lecce who just a few months ago reassured parents: this year will be different, the measures adopted will work, no school will close. The last famous words…