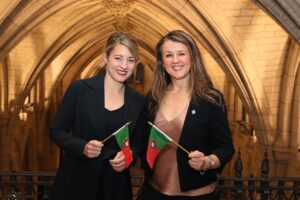 TORONTO – We are close to putting an end to these federal elections that have caused so much discussion and that have not changed the structure of the parties in the House of Commons. Today, Elections Canada said that most of the 850,000 mail-in ballots not counted on Monday evening were counted, although in various constituencies due to the head-to-head between the candidates it is still necessary to establish the exact outcome of the race.

The electoral districts of Fredericton, Edmonton Centre, Northwest Territories and Yukon were officially tinged with red today, as well as the Davenport constituency in Toronto where grit Julie Dzerowicz (in the pic above) managed to beat NDP candidate Alejandra Bravo by a margin of 165 votes.

Also in Toronto in the Spadina-Fort York constituency, Kevin Vuong emerged, from which after the news released by the Toronto Star of an alleged accusation of sexual assault dating back to 2019 – an accusation later withdrawn – the Liberal Party had distanced itself. Vuong, who won his seat by a margin of 2,158 votes over NDP candidate Norm di Pasquale, will now have to sit in parliament as an independent.

The latter, despite the sharp failure, did not send down the bitter morsel. “The truth is that Kevin Vuong has not earned the right to serve this community. And even if I did not win, he lost his right to be one of our deputies – tweeted Di Pasquale – in the coming days we should all ask for by-elections to determine a new choice. A better choice. Our community deserves no less.” 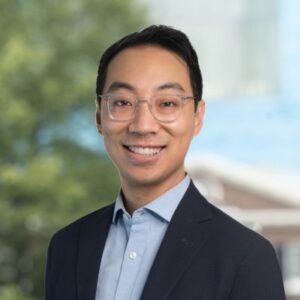 Vuong (in the pic above), for his part in a statement released on Wednesday, reiterated his innocence and said he understood that “not everyone is happy with my election.” “To those who are disappointed I can say that I understand them and that I will work hard to earn their trust,” he tweeted.

A recount is planned in the district of Charleswood-St. James-Assiniboia-Headingley in Winnipeg, where incumbent Conservative Marty Morantz beat Liberal Doug Eyolfson by just 24 votes. Instead, the counting of votes sent by mail to Edmonton Griesbach continues, where according to projections by the Canadian Press, Blake Desjarlais has obtained a full victory for the NDP over the Conservatives.

In Nanaimo-Ladysmith, less than a thousand votes separated the neo-Democrat Lisa Marie Barron from the Conservative candidate Tamara Kronis, with Paul Manly outgoing Green MP following closely: the preferences received by mail – today they were still being examined by the scrutineers – were still 6,892.

However, we are now at the final stages of an election characterized by logistical difficulties dictated by the Covid-19 pandemic.