Ontario, almost 15 thousand infections every day. No data in many provinces despite the emergency 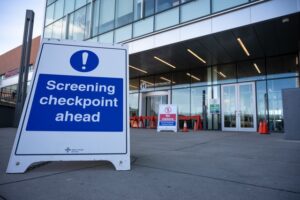 There are now 136,860 active and known cases in Ontario. And there are currently 1,232 people with the virus in hospitals across the province and 248 are in intensive care units: the seven-day moving average of virus patients in intensive care is 210. So far, over 90% of Ontarians 12 years of age and older have received a dose of the Covid-19 vaccine, and 88.2% have received due.

A boom in cases in Alberta, for which however – as usual – only the data prior to the weekend are available: on December 30 the province announced an estimate of 4,000 new cases, while on December 29 there were 2,775 infections. The active and known cases are now 21,396. Regular updates on Covid-19 in Alberta will resume only tomorrow, January 4, after a four-day “gap”: the reason for the “black out” of data in Alberta on weekends and holidays continues to be incomprehensible, given the gravity of the situation.

The same goes for Manitoba, where updates are stopped at December 31, when, for the fourth consecutive day, the province established its daily record of cases with 1,494 infections in 24 hours, many more than the previous record, that of the day previous: 1.123. Now there are almost 10 thousand active and known cases in the province. The positivity rate is 30.7 percent, peaking at 32.2 percent in Winnipeg. The province also added 5 deaths, bringing the total since the start of the pandemic in Manitoba to 1,392.

Data stopped as at 31 December also in Saskatchewan, where 735 new cases were registered on New Year’s Eve, a new record that beats the previous one, 650, set on 7 October 2021. Now in the province there are 2,844 active and known cases.

Across Canada, active and known Covid-19 cases are now 316,964. But the updated data of many provinces are still missing.

In the pic, COVID-19 Screening Checkpoint at Chinook Regional Hospital in Lethbridge, Alberta (photo by Graham Ruttan on Unsplash)