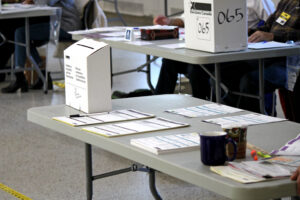 TORONTO – Election campaigns are always full of surprises. One would be tempted to think that they are all about issues revolving around HOW dedicated men and women would shape our future. I try to pay attention; still under the influence of a romantic nostalgia for a democratic process that never was, I guess, or perhaps I am totally naïve.

Perhaps the fact that an alien culture whose ideology is the antithesis of our own and most decidedly anti-women anti-girls, against Occidental lifestyles is now holding some 38,000 of its Canada-friendly citizens hostage would have spurred analysis. No. Now that western Press have been ejected from Afghanistan our Press has forgotten our avowed commitments to those “who helped us”

Maybe we might take the opportunity to discuss means by which our governments would target strategies recouping the close to one million jobs lost because of Covid. Maybe our leaders would tease us with ideas and proposals for actions to repay the close to $ 400 Billion dollars we have borrowed to subsidize the unemployed resulting from the economic belt tightening brought on by a shrinking economy. Not on the agenda. Why bother?

Somehow, the fact that Canada has lost 27,000 lives to Covid-19 and we are still in its grip, might have spurred interest, in management issues and the capacity of our medical science research to meet further challenges. Well… not so much. Too many jurisdictional issues.

Then the Quebecois debate took place September 2. The only issue? You guessed right if you think it was all about how to respect the Premier of Quebec, shovel more money in his direction and mind our own business. It is a crass way of describing how our federation is supposed to work, as far as sovereigntists are concerned.

I recall our only female Prime Minister, Kim Campbell, admonishing the nation with her reflection that “elections are not the time to deal with substantive matters”. She ended up getting trounced.

This past weekend, though, Canada’s Press and Media corps selected for us the issue of assault rifles. Parliament had approved legislation, a Bill-71, banning their use and the government had proclaimed it (made it official). To reverse the decision would require taking a Bill through the same process. Unlikely. But for this we are spending $600 million to decide who will answer the question?

The fact that it came up defers discussion about developing the vast natural gas and petroleum reserves in Western Canada until the next debates, scheduled for September 8 and 9. We will need to do something to stimulate the economy. We need the money, and it is not falling from the heavens.