Covid, boom of children in emergency rooms. From tomorrow fourth dose for the over 60s 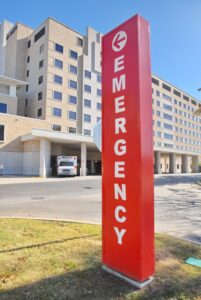 TORONTO – This latest wave of Covid-19 seems to be affecting more children. Visits to hospital emergency rooms by children with severe symptoms are uphill since the pandemic began two years ago. In the last two weeks, 89 children have been hospitalized across the province of Ontario. And the pressure on the Ford government to restore the obligation to wear masks, following this recent spike in infections related to children, is growing. “We’re seeing guys who have a high fever. Children for whom it is painful to breathe, others who need oxygen supplementation,” said Dr. Brett Belchetz who serves in a Toronto emergency room.

Many emergency departments across the GTA are experiencing a steady stream of young children, mainly unvaccinated, with typical Covid symptoms. Dr Steve Flindall, an emergency room doctor in the York region, believes that the removal of the mask requirement decided by the Ontario government in indoor environments, including schools, leads to easier transmission of Covid-19 among children. “Schools have returned in person, which, sooner or later, we knew they would do – said Flindall – we have therefore witnessed an increase in cases and since the obligation of masks fell, it has really been a dramatic increase”.

McMaster’s Children’s Hospital in Hamilton, for example, told CityNews that more than 1,600 children with symptoms of Covid-19 visited the emergency room in the first two months of 2022. The Children’s Hospital of Eastern Ontario (CHEO) is so overwhelmed that a message has been posted on its website warning of exorbitant requests for visits.

And this is certainly not an unusual situation. Belchetz said similar stories are now frequent in Toronto children’s hospitals although in some cases hospitalized children do not have very severe symptoms of the disease. “The vast majority of children who come to the emergency room are not hospitalized, many of them are lethargic, do not want to eat or drink, they have a fever – said the doctor – many of my colleagues have contracted Covid from their children who are now infecting themselves in schools”.

CHEO says three-quarters of all child hospitalizations occurred after December 1st. Meanwhile, at The SickKids in Toronto and at the McMaster, between January and March 2022, a total of 448 children were hospitalized, 75 of them in intensive care.

Not at all surprised by the new wave of the pandemic are Prime Minister Doug Ford and Health Minister Christine Elliott who have called the increase in cases in the province “a small peak”, moreover expected. “It’s not unexpected what’s happening. This is something that by loosening the restrictions to the extent that we have done, and given the great transmissibility of this virus, we expected,” Elliott said.

Meanwhile, despite the fact that in the scientific world the effectiveness of the fourth dose of vaccine is debated, from tomorrow in Ontario the over 60s will be able to book to have it administered. In addition to this age group, indigenous people aged 18 and over will also be able to benefit: the only requirement is that at least five months have passed since the booster dose. “Expanding booster suitability will provide an additional layer of protection against the Omicron and BA.2 variants and, in addition to antivirals, are another tool the province is using to manage Covid-19,” Elliott said.

The provincial portal to book appointments to receive the fourth dose will be in operation starting at 8 tomorrow in the morning. Those who wish can also call 1-833-943-3900.