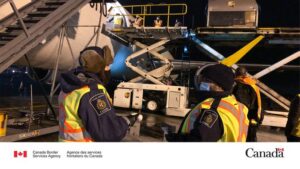 TORONTO – Starting tomorrow, parents of children aged 5 to 11 can book an appointment to have their children given the Covid-19 vaccine. This was confirmed today by the Ministry of Health specifying that as early as November 25 – when clinics and immunization sites will begin to receive supplies of the vaccine for pediatric use – vaccinations could start.

“We are receiving two shipments, one today, another tomorrow – said today the Minister of Health Christine Elliott – so on Thursday the administration of the vaccine to the little ones could begin”.

Now that Health Canada has given the green light, mass immunization sites, pharmacies and pediatricians will receive doses of vaccine for children.

Today, according to Minister Elliott, more than 400,000 doses of 10 micrograms arrived in Ontario and today another 600,000 will arrive. In total, from the federal government, Ontario is expected to receive 1,076,000 doses.

Anyone born in 2016 and turns five by the end of 2021 will be entitled to a first dose right now, said Solicitor General Sylvia Jones.
And while Health Canada has stated that the two doses of the vaccine can be given three weeks apart, the National Advisory Committee on Immunization (NACI) has recommended an eight-week interval: it will be the latter suggestion, said Minister Elliott, to be adopted in Ontario.

Elliott also said doses will be allocated based on “distribution of children in certain areas,” with a breakdown between pharmacies, public health-run vaccination sites, and pediatricians’ studies.

The anti-Covid vaccination offered to children from 5 to 11 years will be a fundamental step to get out of the emergency, doctors and virologists have long said but there are many families still hesitant, those who fear dangerous side effects may occur. According to a recent survey conducted in Ontario on a sample of parents of children whose age falls within the range in question, it emerged that 30% do not intend to vaccinate their children who are under 12 years old immediately.

“Many parents still have concerns and want to have more information about vaccines and administration to their children – agreed Elliott – anyone who has any doubts can call the provincial center for vaccines or book a consultation with the Sick Kids Hospital”.

The province’s health minister anticipated that appointments for children at clinics and mass vaccination sites will be concentrated in the evenings and weekends and there will be no vaccination clinics in schools during class hours, as the government believes that “parents want to be with their children when they are vaccinated”.