School Board Elections: Parents Be Wary 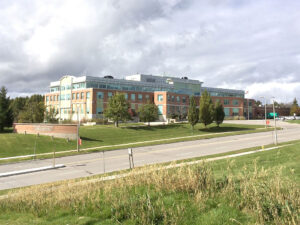 TORONTO – Arrogance and manipulation. Posturing and theatrics. If anyone has been following international politics, he/she would know that these are staples on the political menu. None of them are especially harmful in digestible doses but, sooner rather than later, its practitioners are punished by the public.

Local politics are neither immune nor exempt. Individuals have a tendency, regrettably, to look for and use whatever perceived advantage to secure personal objectives, collective obligations be damned. Only transparency can lead to accountability.

We are in the final week before Councillors and School Trustees must register their names in nomination for an office for which they qualify. Some activist citizens are doing what they can to achieve their goals, often testing the limits of ethics and legality.

Catholic district school boards have become special targets for those who have their own issues with Catholicism and the Catholic ethic. It is unclear how they would replace either with an alternative ethos that is “enforceable”, “measurable” and “enduring”.

They have employed “stealth”, “weaponized” Integrity Commissioners, provoked misinterpretations of the Human Rights Code, usurped the use of legal counsel and outside “investigators” (at great cost to education resources) to deviate from their sworn mandate.

Several cases may serve to illustrate the point. On July 5-6, 2022, a non-Catholic student in the York Catholic District School Board filed an Application for Judicial Review in respect of the Board’s decision to disallow non-Catholic electors from holding a position as trustee. She claims a violation of her right to hold and practice her religious beliefs, although there are no restrictions to her going to the Public School Board. She is represented by JFCY and Torys LLP.

In Halton Catholic District School Board, several trustees appear to be making a mockery of due process and legitimacy by abusing the Trustee code of Conduct to accuse their “more Catholic” of “trumped up” infractions then sanction them just as they go elections (Vincent Iantomasi and Helena Karabela). One of the accusers (Nancy Guzzzo) is herself facing no less than twelve (12) charges of fraud. No recusal, no sanctions. Still in office.

Contemporaneously, a former student trustee, now an adult, kept alive a “legal action” with the Human Rights Tribunal of Ontario (file # 2020-42483-1) against the TCDSB, five trustees (Crawford, Del Grande, Kennedy, Lubinski and Tanuan) for a sum of $240,000. Initially the HRTO issue him with a notice of Intent to Dismiss, then after several request to extend the timeline for response, consented to hearing the case in due course. Some law firms can only be salivating at potential for increased business if the case actually produces the results they dream for.
Still with the TCDSB, four of trustees (De Domenico, Di Pasquale, Li Preti and Rizzo) have, in our view, fabricated, or caused the fabrication, of an Integrity Commissioner’s Report in an attempt to tarnish the image of yet another of their colleagues (Di Giorgio) for using what one might describe as “unparliamentary language” (fecal matter) to bar him from attending meetings.

Documents in our possession suggest very strongly that neither Di Pasquale nor Rizzo may even be legitimately in office. Li Preti accused the TCDSB of systemic “homophobic. Her failed run at provincial office being administered by two anti-Catholic activists in the Liberal party who also have filed legal action with the HRTO. We cannot name them because there is a minor involved.

De Domenico stands out as a misogynist and denier of anything Catholic. We have emails evidencing his abusiveness of constituents, parents and colleagues. He was discouraged/rebuffed by both Conservatives and Liberals from seeking a nomination as a candidate in the last provincial election. Maybe they saw something they should share with the constituents in Etobicoke Centre – Ward 2.

In the pic, the York Catholic District School Board (from https://en.wikipedia.org)