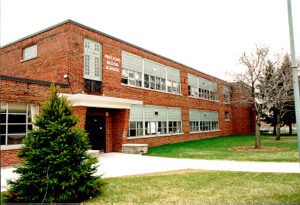 TORONTO – There is little to be cheerful about. The number of Ontario schools with at least one active case of Covid-19 has reached its highest point so far this year, infections over the weekend have soared to 345 and the new Omicron variant has appeared for the first time in an educational institution in the province.

According to data from the Ministry of Education, there are 836 schools with at least one contagion caused by the new coronavirus, over 17% of all public schools in the province. That number is more than double the 474 schools that had at least one case during this period last month.

The additional 345 new cases of the virus over a 72-hour period represent the highest total of new infections reported so far this weekend.

The jump in infections came as Toronto Public Health is investigating the first case of the South African strain identified at Precious Blood Catholic School, located near Lawrence and Pharmacy Avenue in Scarborough. So far the details made public are few and it is not known whether it is a student or a member of staff. Health officials said however that the individual’s close contacts were identified and they were asked to self-isolation, check their symptoms and undergo a Covid-19 PCR test. “Given the spread of this new variant and the ongoing transmission of the Delta strain, it is more important than ever to get vaccinated if you have not already done so,” Tweeted Toronto Public Health.

Precious Blood Catholic School was closed to face-to-face learning in early November after 13 cases of Covid-19 were identified. According to the Toronto Catholic District School Board (TCDSB) at the time, 11 of the infections were among students and two among staff: just under half were detected using home-to-take PCR test kits.

Now on the TCDSB website it appears that there is a student who tested positive on December 3 but the school remains open.

The school board of the Catholic District of Toronto said it had been informed of the investigation into a possible case of Omicron on Monday evening. “Students, staff and all those affected who may have been exposed to the virus were asked to stay at home and self-isolated. The school remains open – said TCDSB spokeswoman Shazia Vlahos – students and staff who do not receive directions from the TPH for self-isolation can continue to attend the school based on the results of daily screening. We continue to cooperate with the TPH during the ongoing investigation.”

But there is also good news: the number of schools closed due to the Covid-19 epidemic or for operational reasons related to the pandemic has remained stable and is now equal to eight. At this point in 2020, a total of 10 schools had switched to distance learning, although the number then increased rapidly in the days leading up to the holidays. For the record, it must be said that the total number of Covid-19 infections since the beginning of this school year is now equal to 8,629.