The “Mission Impossible”: convince the undecided to vote 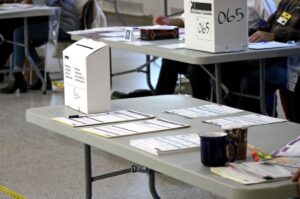 TORONTO – Exactly eleven days before the elections, the great challenge between the parties has begun: to convince the undecided. A slice of the electorate still very conspicuous, as confirmed by the eleven polls, a band that at the end of the day could definitively shift the balance and balance of power between political formations.

Of course, after the debate in French last night and the one in English this night, we will have to wait a little longer to feel the pulse of the electorate and see if the television comparisons have had the strength to change the cards on the table.

In the meantime, however, Ipsos, in its latest poll, has found that at this moment 13 percent of voters willing to go to the polls on September 20 have no idea which party to divert their preference.

Going to rattle off the data of the snapshot taken by Ipsos, it turns out that within the band of the undecided almost half – 47 percent – have a negative opinion of all the parties in the race.

But that’s not all. Exactly 50 percent of the sample believes that there should be no elections right now: in the midst of the fourth wave of the pandemic, with the threat posed by the Delta variant of Covid and the new strains potentially even more contagious, with the economy still struggling after the crisis experienced in the last 18 months, citizens have other concerns than following the election campaign and going to the polls.

This figure, which has remained consistent for much of the election campaign, could eventually lead to negative – and unexpected until recently – consequences for outgoing Prime Minister Justin Trudeau.

On the one hand there is the possibility that a portion of the liberal electorate will decide to desert the polls on September 20, on the other that the undecided will eventually decide to punish the very liberal leader who, despite the opposition of the other party leaders, forced his hand and led the country to early elections.

But what are the main concerns of the undecided? According to the Ipsos survey, the priorities concern the pandemic, the health system in general, followed by the generalized increase in the cost of living. 78 percent of the sample also cannot identify the party that has the best plan in its program to manage the post-pandemic phase in Canada.

In short, ten days before the vote, the watchword is always the same: uncertainty.

The latest polls, carried out on the eve of the debate in French, confirm that there is a head-to-head between the Conservative Party – a slight advantage – and the Liberal Party, with the NDP constantly anchored at 20 percent, the Bloc Quebecois holding in the French-speaking province, the Greens around 5 percent and Maxime Bernier’s People’s Party constantly rising.

At this point, therefore, the real game will be played at the local level, in those key districts that could constitute the real needle of the balance for the final result.
For now, Erin O’Toole’s growth has slowed, while Trudeau has been able to curb the party’s free fall over the past decade.

A fact, if the balance of power were to remain unchanged, is that even the next federal government will not be able to count on the support of an absolute majority in the House of Commons. According to today’s data from 338canada.com, the Liberal Party in voting intentions is clearly in the lead in 139 constituencies, while the Conservatives are ahead in 138 federal districts. The growth prospect, calculated by 338canada.com on the basis of the constituencies where it ran for two between the Grit and Tory candidates, confirms the unpredictability of the final outcome. The Liberals could win another 46 seats, the Conservatives could bring another 40 MPs to Parliament Hill.