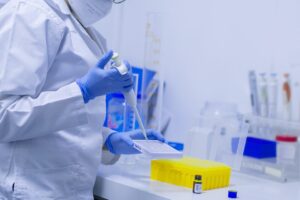 TORONTO – The whole world is on alert. The new Omicron variant of Covid-19, first identified in South Africa, has been classified as “worrying” by the World Health Organization. From just over 200 new cases confirmed per day in recent weeks, South Africa has seen the number of new daily cases rise to more than 3,200 on Saturday, most in Gauteng.

Curbing or at least nipping in the bud the new strain – about which, by the way, very little is known at the moment – is what the Canadian government is aiming for.

Today during a press conference the Chief Medical Officer of Health of Ontario Kieran Moore said that the first cases – discovered among other things through random tests – were found in patients from Ottawa who had recently been in Nigeria and had arrived in the country via Montreal. Four other cases are currently under the magnifying glass, two in Hamilton and two more in Ottawa.

In an attempt to prevent further entry into Canada of the dreaded variant as early as Friday, the federal government banned travel from seven South African countries, but Nigeria was not among them. The list of countries may be updated as the province learns more about the variant. According to Dr. Moore, 375 people have returned to Ontario from those seven countries in the past two weeks.

Moore said the province is looking into measures to take in the event that infections due to the new variant B.1.1.529 increase and the intensive care units of hospitals are increasingly crowded. In light of the new strain, the administration of the booster doses of the vaccine is also being examined by the health authorities. “We could speed up the administration of boosters,” the doctor speculated.

Health Minister Christine Elliott said: “More details will be given in the coming days, we are urging more Ontario residents to come forward and get vaccinated and we are also looking at other age groups for recall,” Elliott said.

Ontario’s current guidelines limit third-dose eligibility to a handful of groups that make up about 20 percent of the province’s population, including those over 70, people who have received two doses of the Astra Zeneca vaccine, immunocompromised individuals, indigenous Ontario, and residents of long-term care and retirement homes.

Dr Moore also said that getting vaccinated is still one of the best ways to protect yourself from the virus and reassured residents that the province is ready to respond in any way possible to the new variant. “I think everyone in Ontario needs to know that we have good testing, surveillance, whole genome sequencing capabilities, and for that reason, we will continue to find cases and further protect Ontario residents through local public health agencies that do great day-to-day work on cases,” he said.

No to easy scaremongering, yes to caution. “We don’t have to be naïve. This strain is set to spread around the world and will be dominant in a few weeks or a few months – said Dr. Peter Juni, scientific director of the Ontario COVID-19 Science Advisory Table – it happened very quickly in South Africa and could happen relatively quickly in the rest of the world as well”.

Interviewed by CP24 Juni admitted that there is still much to learn about the new variant but also said that it is unlikely that the variant in question will make the vaccines completely ineffective. “It makes sense to assume that any immunity you have will protect at least in part. This means that it is important now to continue the path we have successfully taken and continue with vaccinations. Take the third dose if you can, do the first or second dose anyway,” Juni said.